That's a pretty long and bold title but it's all possible now, I don't know you but this made my day. I've just upgraded to iOS 13 and playing around with it I found a few useful features; automation is by far the most interesting one.

Since I got onboard Apple's ecosystem I always wanted to completely turn off the bluetooth and the wireless - a personal thing maybe - to try improve the poor iPhone 8 battery life but also to reduce the electromagnetic radiation to minimum when possible.

This can now be done using Automation, read on to see how or scroll down for the 1 minute video: 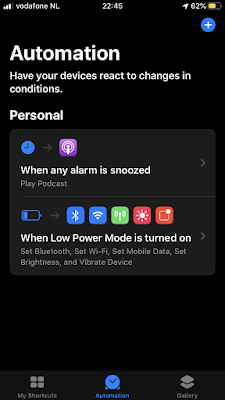 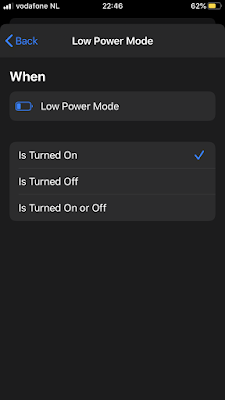 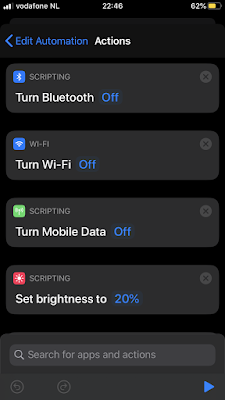 Or just see this the 1 minute Automation video example:

The blue label text over the black background looks great. You already notice the new theme being active in the screenshots above, activate it: 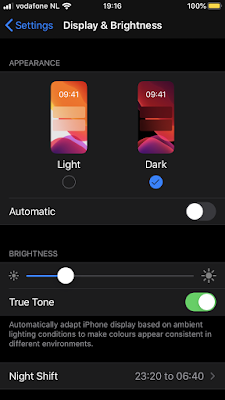 As of iOS 13 using Files App (installed by default) you can manage / create folders and files in your iPhone Storage 'On My iPhone', this was not possible before, a workaround in the previous versions was to install an app which created a folder that Files App could then use. 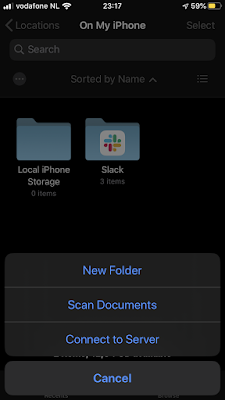 These are just a few examples of helpful features that I found in just a couple of days since I switched to iOS 13. For a comprehensive list of features check the official Apple iOS 13 release page.

I would be happy if this saves you time.

Popular posts from this blog